I’ve sent rumblings and grumblings and hints of this awesome new story over the past six months via my newsletter and social media, and it’s now available 😀

I would love to share Louisa’s story with you; how she’s caught between world, battles a bad habit of unlady-like cursing, and fights to write her own future in a time where steam and clockworks rule and bad-guys have cool monikers 😉

This is a “serial” ~ meaning the story will be published in novelette (long short story length) episodes of approx 6 chapters at a time. Each episode is a complete storyline from start to finish, like a comic book but without pictures. The overriding story links each episode toward a full volume, consisting of approx. 8 sections.

I am taking a feather from Charles Dickens’ hat and trying something new. I hope you’ll join me as Louisa’s story unfolds. Episode 1, Answering the Call is where it all begins.

Each episode is only .99c, and a new episode will be released every 2 months: 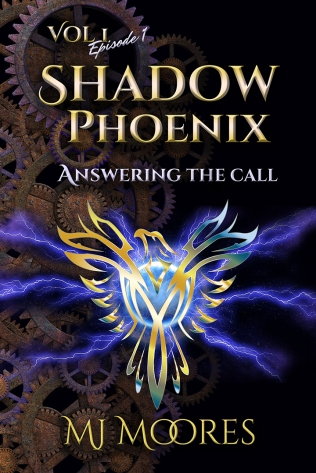 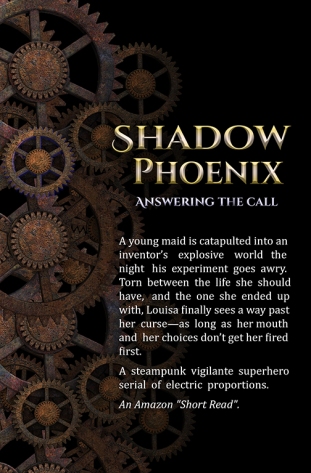 A great introduction to MJ Moores new serialized work of fiction. The steampunk elements are immediately recognizable and add an element of intrigue into the story. Louisa […] is an interesting character who we immediately become invested in and by the end want to know what will become of her as the series continues. As always, MJ Moores’s talent for crafting a story is evident, through her creativity and believable characters. An excellent start to a new series that will keep you coming back for each episode as it’s released!

I am intrigued with Louisa. There is just enough backstory to make me curious and enough hints at where she might be headed that make me sorry that I need to wait for the next instalment. I’m going to enjoy having Louisa along during my commute.