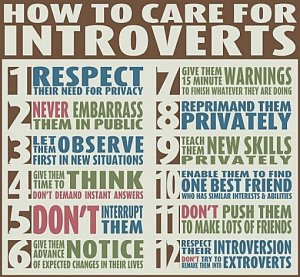 In my book Time’s Tempest, Taya isn’t your average introvert/extrovert – those labels don’t accurately apply just as they don’t for many of us. The average individual will show signs of tendencies toward one label or the other but tends to be a mish-mash of both attributes.

How then do you categorize someone who is an extremest but doesn’t fit a standard label? Do people like that actually exist?

This is where I typically shift to the nature vs. nurture debate and focus on how someone who might naturally be an extrovert shows greater signs of introvert-ism leaving that person in flux and never quite whole in their understanding of themselves and their world.

In my experience these individuals tend to either be walking time-bombs (ready to explode out of a protective shell) or come across as being scattered and maybe a bit psychotic (there is so much buzzing around in their head they find it difficult to concentrate and feel more than a little unstable). 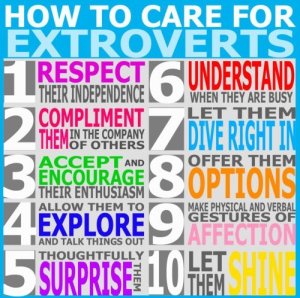 My character, Taya, is the former rather than the latter. She’s built up walls around so many different aspects of herself that she’s become disjointed and single-minded. She’s literally picked up the shattered pieces of her childhood and closed them off from her waking conscious to the point of ignorance – ignorance of how they’ve impacted who she’s become and why her life followed that course in the first place.

She doesn’t ask questions… until she meets someone who encapsulates the person she might have become had the circumstances of her youth taken a dramatically different turn.

The hardest thing for someone who holds things in and builds mental walls is letting go of those safe-guards once they start to fall apart. The notions and personal realities we cling to can be just as illuminating as the forces that crept in to the cracks of our strong-holds.

While I cannot profess to have had a shattered youth to any degree of significance compared to so many children and scarred adults living in this world, I can say that what I did experience in my childhood impacted me in a similar way. Imagine never knowing you’re shy until the age of 12? or being on the receiving end of an emotional blow-out after too many picks and hammers have chiseled away at your carefully crafted walls?

That is a journey I have taken; a path I understand and a struggle I, too, am still working to fully overcome.

There is much of an author in every character she builds but the great ones shine brighter the more heart-wrenching their truths are.

Where do you fall in the spectrum of introverted/extroverted?

How would you weigh in on the nature vs. nurture debate?