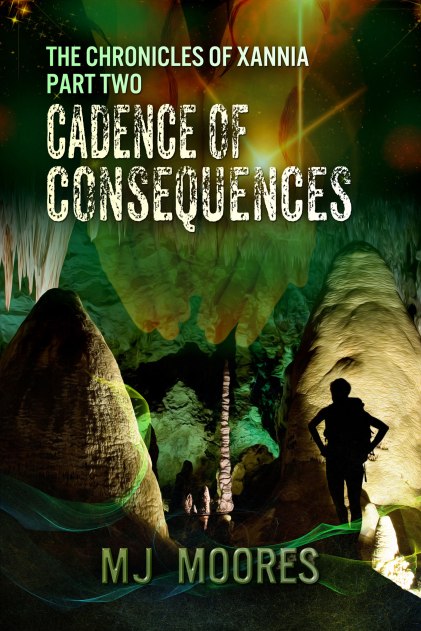 Xannia is a world of contradictions: a place where an authoritarian government propagandizes peace above-round, while a band of rebels live below-ground in the name of freedom. Xannia’s only hope for survival is a piece of alien technology that very few even believe exists.

Taya is the living embodiment of Xannia’s dissensions. Despite being abandoned as a child, she rose to the geights of her profession. Despite her commitment to social order, she became a rebel. A woman of many names, she does not know her own true identity. Worshiped as an icon, she lives in the depths of despair and must rely on her own inner strength.

… Moores’ vivid prose is descriptive and she creates a fascinating alien world. her greatest strength is her characters; individuals in their own rights. The plot is character-driven and the reader is never able to guess ahead of time which direction the story will take…

It is a story of unrest, fear and mistrust. But it is also a tale of love, discovery and Taya’s interminable strength. As a reader I was rooting for her. I’m drawn to the connection she has with Dezmind, and though the two are apart in this particular adventure, the author managed to show us the link they share in a variety of ways.

Amazon, Kindle, and Fire and all related logos are trademarks of Amazon.com, Inc. or its affiliates.